on cooking, emptiness, and creativity

Cooking is one of those things I’ve tried a million times and any attempt to cook regularly was never sustained, until the recent weeks. I cannot put a finger to how and why, except perhaps there was this threshold I crossed where it became less messy and tedious. I think it was a combination of keeping things simple like the same few ingredients in different styles over and over again, keeping the prep work to the minimum, learning how to clean as I cook, and overall becoming better at timing.

So the interesting I observed was: once I got better at the simple basics, I was willing to tolerate a lot more complexity in the cooking. Then, I started to find it fun. As I’ve written before, cooking is very similar to interactive work. We add or subtract something, shorten or lengthen the time, experiment with different modes or mediums – every variable changed results in something different.

Last week I finally learned to brown chicken properly, and I thought I would try pan-frying chicken thighs for lunch today, but I used a bigger pan for the two of us on top of a bigger stove ring, and the chicken ended up being really, really burnt (because I went to wash the dishes thinking it was safe to let it sizzle). It was slightly demoralising, but there is this newish feeling of wanting to try the same thing soon again, so I can recover from the mistake and complete the learning journey. Previously when I’d cooked, it was so tedious that I felt like I would never want to cook again, so I thought it was interesting that I’m starting to look forward to the next.

The difference between experimenting with interactive work and cooking is, I have to wait for the next meal to experiment again, whereas I would keep going on if I was trying to solve a coding or interaction issue. This actually works out better for me, because I have driven myself to burnout so many times with design and code, but with cooking I just can’t keep going on.

Somehow along the way, I’m also getting better at waiting and doing boring, repetitive tasks. I believe it was all the running and cycling without music that prepped me for this. There was a point in my life I couldn’t even sit still enough to read a book, so now I’m almost relishing the slowing down of my mind when I chop onions and wash dishes.

Whenever I find myself feeling a profound sense of subtle joy doing seemingly menial tasks like chopping and washing, I am reminded of a book I’ve read: “Eat, Sit, Sleep” – a memoir of a japanese man (who was also a designer haha) who entered one of Japan’s most rigorous zen temple for a year. They practice Soto Zen, whose founder Dogen wrote precise instructions for how to eat, how to sit, how to cook, and even how to poop. There, he went through rigorous training and unrelenting strict routines.

By contemplating life as it is, stripped of all extraneous added value, I found I could let go of a myriad of things that had been gnawing at my mind. Through the prosaic repetition of Eiheiji’s exacting daily routines for washing the face, eating, defecating, and sleeping, this is the answer that I felt in my bones: accept unconditionally the fact of your life and treasure each moment of each day.

When I read the book a few years ago I could not relate to it at all, but I was intrigued, similar to the intrigue I felt when friends would tell me how their silent meditation retreats have affected them. I also found it challenging to relate to the zen concept of emptiness. But recently, perhaps as the outcome of spending the last few years trying to observe my psyche at some distance and realising how much rubbish was in there, I think I am beginning to have some moments when my mind is not ruminating about something terrible, but in their place there is a space. It is that space that allows me to directly experience the act of chopping instead of my paranoid jumbled thoughts, it makes me feel like time has slowed down, and there it is: me, relating to the world that surrounds me, without all that noise. It is an effect enhanced by a repetitive act, an act that has almost no stimuli. Maybe Dogen is on to something after all.

I started cooking because I was not well, and now having eaten numerous home cooked meals (my mom is also cooking some of my meals) I think I am starting to feel better. My ovulation seems to be on time this month, though I don’t want to jinx myself. I am becoming very interested in using food as therapy, down to the molecular level. For example, do you know we need magnesium to metabolise vitamin D, and vitamin B6 is the precursor to melatonin? I started taking B6 for PMS and I started sleeping so much better.

I’m also looking forward to learning the science of cooking: anyone can cook an egg but it is challenging to cook good eggs. Now I know how to make good enough half-boiled eggs on the stove top, and fry a decent sunny side up. I would love to learn how to make a hongkong-style scrambled egg next. There is so much one can learn about cooking temperatures, and how to use salt.

I tweeted yesterday that I think I’m getting more creative as I age, and it probably seems strange because I no longer work in the creative industry. But it is sad to think of creativity only in terms of commercial work. Work had always felt somewhat oppressive to me, and a huge part of that is how I treated myself, and how I let others treat me. Psychologically I had also found it difficult to feel free creatively, everything was always somewhat boxed in. I feel like I am finally starting to loosen up, to truly enjoy the creative process instead of constantly needling for a desired outcome.

Just try something and see what happens – that gives me a sense of curiousity and wonderment instead of a pervasive stress to make something that is expected out of me. I’m only learning how to have fun as I near 40, and if the world doesn’t combust I’ll be keen to see where this goes. 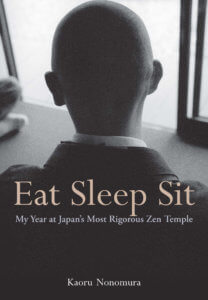